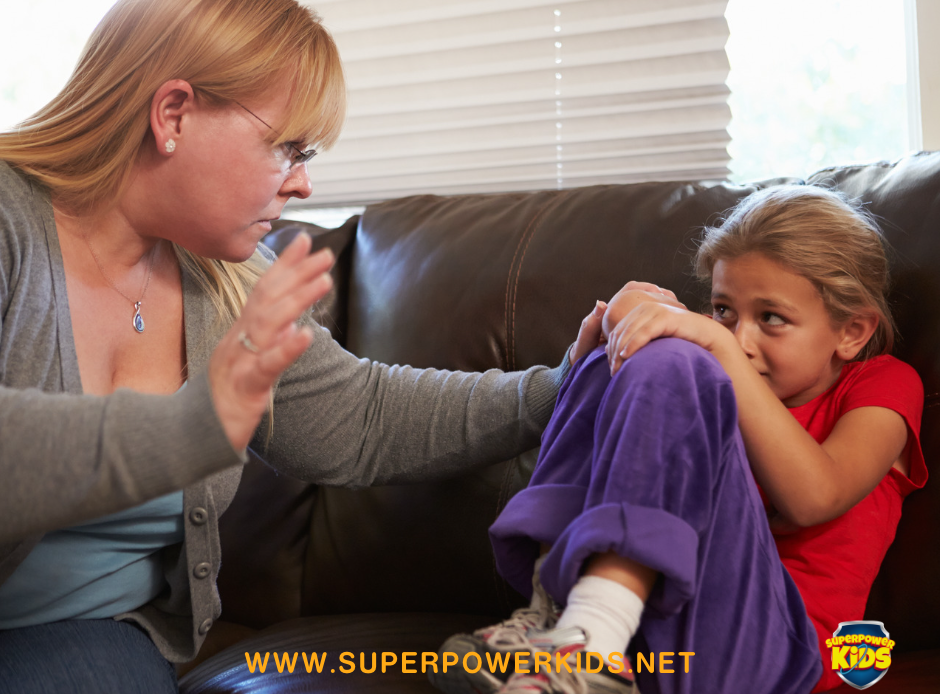 It’s a debate that has been around for years – does smacking children work as a form of discipline? Supporters of smacking say it’s an effective way to teach kids right from wrong. However, opponents argue that it’s a form of violence that can lead to further behavioural problems. So what’s the verdict? Here is the Superpower Kids’ view on smacking.

Smacking is an act of punishment or discipline which involves hitting a child’s bottom with an open hand. This form of corporal punishment has been used for many generations. Still, it has come under considerable scrutiny in recent times due to ethical questions of whether it is harmful to the child. In addition, while some people think smacking may be effective in teaching children right from wrong. Research has suggested links between physical punishment and increased aggressive and delinquent behaviour among children. This has caused many parents to reconsider using smacking as part of their parenting repertoire.

Smacking is never okay, regardless of the situation, as it can lead to psychological and physical injury. In addition, it should not be used as a form of discipline or punishment, as it does not encourage children’s independent problem-solving skills or creates a healthy communication environment.

Instead, we should use connection, modelling and positive reinforcement to teach our kids the correct behaviour needed in different situations. Moreover, smacking tends to make people more irritable and reinforces aggressive behaviour rather than eliminating it. Smacking also increases stress levels and anxiety; it is biologically impossible for your child to learn a new behaviour or cognitively reflect on their wrong behaviour when emotions are high. Therefore, smacking has no place as a parent-child interaction tool and should always be avoided.

Is smacking an effective form of discipline or not?

Smacking, or any form of physical discipline, is not an effective way to teach children right from wrong. While smacking may provide quick and temporary relief to parents, it causes children confusion, fear, and resentment. Kids learn best from positive reinforcement, such as praising good behaviour and remembering that rewards can be more powerful than punishments. When you choose rewards, think of non-materialistic ones. This could be time spent together, a family outing, or meaningful empowering words that recognise your child’s efforts. In addition, building a strong relationship between parents and children will nurture a healthy respect for authority that does not need smacking for enforcement. In short, smacking should not be used as a disciplinary tool in any parenting situation.

The cons of smacking

What are some alternatives to smacking that you can try instead?

Research studies have consistently revealed that this disciplinary technique can cause lasting psychological damage to children and often erodes the parent-child bond. Therefore, as a parent, it is important to explore alternative disciplinary approaches that can be just as effective such as:

While smacking a child may seem like an effective form of discipline, it is essential to recognise that it is not the most appropriate or effective means of parenting. Erratic correction and smacking can cause more harm than good to the parent-child relationship and the child’s self-esteem and sense of security. It is important to reinforce positive behaviours. This type of response is more likely to create lasting changes in behaviour rather than smacking, which can only teach a child – temporarily – what not to do.

Ultimately, smacking is not acceptable form of discipline, and instead, parents should look for other ways to discipline their children, such as having a conversation or simple reasoning.

Is Your Angry Child Destroying Your Home?